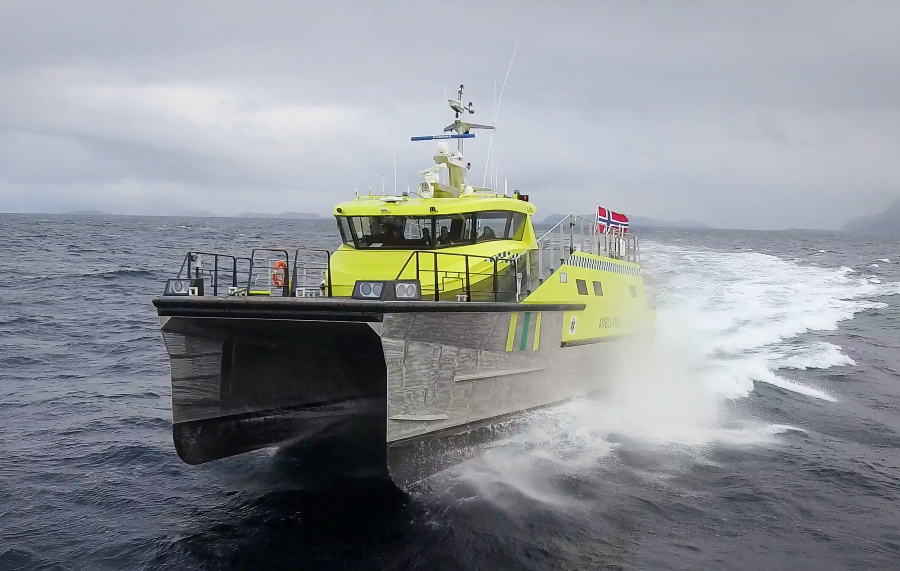 Jotron has supplied EPIRBs, AIS-SART and VHF handheld radios. The aluminium-hulled Thea Jensen will be operated in the area of Loppa, Hasfjord and the outer Altafjord, and be used primarily to serve the residents in remote areas where transport to hospitals by land is not feasible due to the roads being impassable during winter.

26 November, 2020 – Loppa is known for having the harshest environment of any Norwegian area north of the Arctic Circle. During the winter, the area experiences snow and icy storms straight from the North Atlantic in addition to darkness that could last a full 24 hours. Thus, great effort was exerted in making sure that the vessel would have all-weather capability so that it would have little difficulty navigating the region’s rough, frigid seas and transporting patients even during the coldest months of the year.