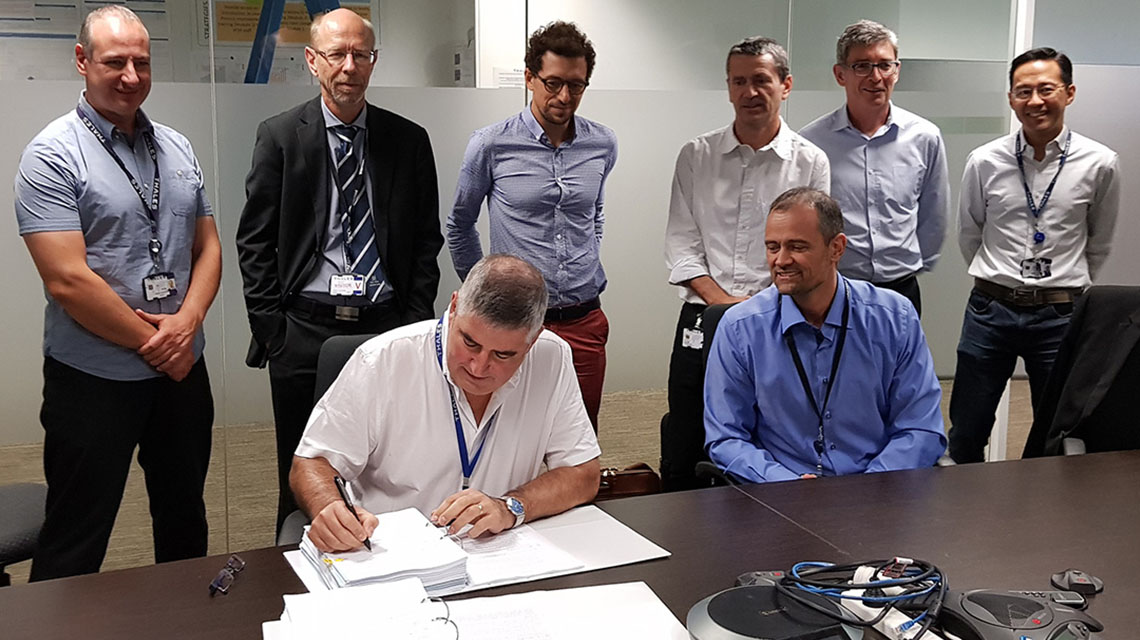 Jotron’s Ricochet recorder has been the preferred recorder and replay system for the world’s air traffic control market for almost 20 years. The recording concept is modular and allows an unlimited number of channels to be recorded simultaneously.

Jotron and Thales have worked together on several large projects in the past. The Ricochet recorders supplied to the OneSKY airspace integration program will cover an area of 53 million square kilometers, being 11% of the global airspace. By signing this new contract with Thales, 42% of the southern hemisphere’s airspace will now be recorded by Ricochet from Jotron. The contract includes recording of audio, surveillance data and screens.

“This contract confirms that Jotron’s Ricochet recorders are the system of choice for extensive and complex recording and replay solutions. The architecture and flexibility of the system are superior and form the basis for achieving an optimal solution,” says Lars Ottem, Technical Bid Adviser at Jotron. “Jotron is very pleased to again be considered a trusted supplier. Although the scope and complexity of the OneSKY program is intense, the dialogue between the purchasing team at Thales Australia and the bid team at Jotron has been superior. We are looking forward to our continued work together.”